The James Webb Space Telescope has cost more than $10 billion to build, and now that it has reached its goal and calibrated its instruments, it is ready to begin its scientific operations with the first images already released.

Considering the high cost, aside from the fact that the telescope represents the most advanced of our technology, one line in its datasheet stands out: The observatory has a tiny 68 gigabyte solid state drive (SSD), just the right size , half the standard storage capacity of the latest iPhone and enough to one day store just James Webb footage, the Science Journal reports IEEE spectrum.

So how does the James Webb take such incredible photos and store them on such a small SSD?

While this may seem ridiculously small for the most advanced satellite in space, there are several reasons why NASA chose this system. 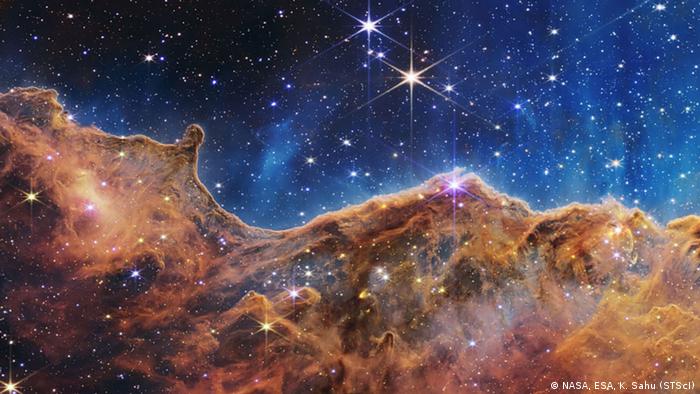 One of the images of the Universe taken by the James Webb Space Telescope.

For starters, the James Webb is a million kilometers from Earth, where it is bombarded by radiation, and operates at a temperature of less than 50 degrees above absolute zero. For this reason, the SSD unit – which is not technically a hard drive as it lacks a physical platter – like the rest of the parts must be radiation hardened and go through a rigorous certification process.

In fact, due to this radiation, experts predict that 68 gigabytes will shrink to just 60 gigabytes of usable storage space over the telescope’s 10-year lifespan, the experts said IEEE spectrum.

In terms of performance per size, the full capacity of the Webb SSD fills up to 100% in 24 hours. However, Webb has multiple options to transmit the images and data at 28 Mbps over a 25.9 GHz Ka-band link to the Deep Space Network, a worldwide network shared with various American spacecraft such as the Parker Solar Probe and even NASA is connected to send Voyager probes back to Earth.

This means that while it collects a lot more data than Hubble (57GB versus 1 or 2GB per day), it can transmit all that data to Earth in about 4.5 hours. Once the images are confirmed to have been received from servers on Earth, an onboard log erases the files from the SSD.

As crazy as it sounds that one of the most innovative man-made machines has just over 60 gigabytes of storage, the system seems to be working just fine. The first surprising pictures already prove this.